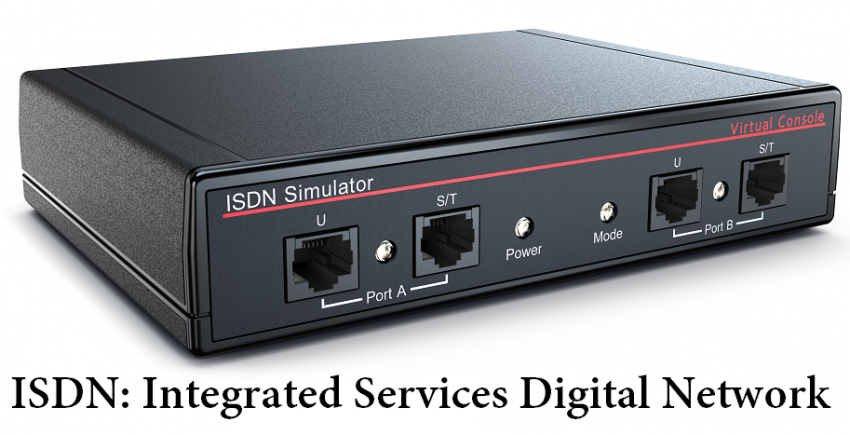 The purpose of this article is to show the operation, applications, advantages and other information about ISDN technology. This technology emerged in the 1980s and is still used today, after some improvements. All of these details will be presented in the following texts.

According to Abbreviationfinder, ISDN is the acronym for Integrated Services Digital Network. It is a service available in digital telephone exchanges, which allows access to the internet and is based on the digital exchange of data, where packets are transmitted by multiplexing (possibility of establishing several logical connections in an existing physical connection) over “pair” conductors -braided”. 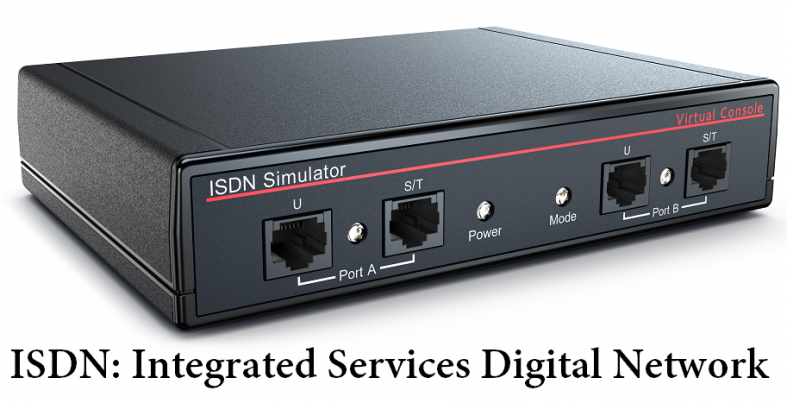 ISDN technology has been around for some time, having been consolidated between the years 1984 and 1986. Through the use of suitable equipment, a conventional telephone line is transformed into two 64 Kb / s channels, where it is possible to use voice and data at the same time, each one occupying a channel. It is also possible to use both channels for voice or data. Viewed coarsely, it is as if the telephone line has been transformed into two.

A computer with ISDN can also be connected to another that uses the same technology, an interesting resource for companies that want to directly connect branches with the headquarters, for example.

ISDN technology has a transmission standard that allows signals that travel internally to telephone exchanges to be generated and received in digital format on the user’s computer, without the need for a modem. However, for an ISDN service to be activated on a telephone line, it is necessary to install ISDN equipment at the user’s access location and the telephone exchange must be prepared to provide the ISDN service.

The bandwidth of a conventional analog line is 4 KHz. In an ISDN digital line, this value is 128 Kb / s, which means that the 4 KHz signal no longer exists, since the switchboard interface at the other “end of the line” no longer works with analog signals. The electronic circuits of the telephone exchange carry out equalization and detection of the digital signal at 128 Kb / s transmitted from the user’s equipment.

This transmission technique on the digital line is known as “Hybrid with Echo Cancellation”. The user’s equipment receives the telephone cord from the telephone network and provides two or more outputs: one for the telephone set and the other for connection to the computer, usually via serial cable.

When the user’s equipment is informed by the telephone exchange that a telephone call will reach him, or when the user activates the telephone device to make a call, automatically one of the two channels used in the transmission at 128 Kb / s starts transmitting the data to the 64 Kb / s while the user uses the phone for voice, on the channel provided. After the end of the use of voice, the channel is used again for data transmission at 128 Kb / s. However, it is important to note that the user’s ISDN equipment must support this mechanism (known as call bumping), otherwise this feature may not work and the user does not receive the call.

The first use cases for ISDN technology date between the years 1984 and 1986, shortly after the first ISDN specifications were determined. At that time there was no need for data transmission at 128 Kb / s. But then, what was the ISDN technology developed for? In fact, ISDN technology was a “solution” to a “problem” that did not yet exist for the vast majority of users. In 1990 the ITU-T (International Telecommunication Union), issued the Px64 specifications for videophone, whose central idea would allow the use of video in telephone calls. However, terminal prices were not viable for the vast majority of users and the exchange of images and audio over a telephone connection was a novelty that few people were interested in, as if it were a futuristic idea (and it is not). It was also seen that the videophone on the analog lines, generated higher costs to have an acceptable quality. ISDN was created to solve this problem and make equipment cheaper.

Shortly thereafter, the internet started to appear to the world. Quickly, users who achieved satisfactory speed when connecting to BBS (Bulletin Board System / Service – system available to the common user in the period known as: “pre-Internet”) realized that on the Internet, the same efficiency did not exist, even with modems of 28.8 Kb / s, the fastest at the time. The unpreparedness of telephone companies to provide access to the “Internet” phenomenon, in addition to the precarious state of the infrastructure of the first ISPs, contributed to this. However, the world of the “WWW” was something fascinating and unmissable. Given this perception, many began to wonder how to achieve higher and more stable speeds on internet connections. ISDN technology proved to be interesting for these purposes and then came to be used for that purpose, replacing its initial development objective.

It is possible to use two forms of communication with ISDN, to be seen below.

The first is the basic access for the home or small office user: ISDN-BRI ( Basic Runtil Interface), where you can connect multiple terminal equipment. The basic access connection always makes two channels available, thus allowing the maximum use of two devices or connections simultaneously. However, it is possible to connect up to 8 devices to the ISDN, but only two will be able to use the technology at the same time.

The service is recognized by the MSN (Multiple Subscriber Number) which determines which device is intended to be connected. ISDN-BRI can also serve as a substitute for traditional telephone accesses and is composed, as already mentioned, of two data channels (B channels) of 64 Kb / s, and a signaling channel of 16 Kb / s (D channel).

The second way is the primary access ( Primary Multiplex), which allows the use of a maximum of 30 channels, with a transmission rate of 2048 kbits. In this case, the ISDN is provided directly from the telephone exchange and not through a conventional telephone line. Primary access enables simultaneous communication on 30 devices, thus being useful for medium and large companies and internet service providers. This type of ISDN also has a D channel, which operates at 64 Kb/s.

Regardless of the type of ISDN used (BRI or PRI) there is a channel, called D (D channel), also known as a “data channel”, which is responsible for maintaining an 8,000-bit “reserve” and also necessary information for both channels B, such as data transmission protocol, type of equipment, as well as information of interest to the telephone company, such as rates, date and hours of connection, in short.

By combining the characteristics of the D channel with the appropriate hardware equipment, it becomes possible to “join” the B channels to transmit data more quickly.

In ISDN technology, there are basically 4 significant protocols for the user. All protocols are used in the useful channel and not in the data channel. Are they:

V.110: the V.110 speed protocol is a transmission process that has existed since the principles of ISDN technology. Data is transmitted at up to 38,400 bit / s. The rest of the capacity (up to 64 kbits) is occupied with redundant data packets;

X.75 and T70NL: both are more recent and are able to take full advantage of the transmission capacity of Channel B. It was these protocols that allowed ISDN technology to be a viable solution for internet access.