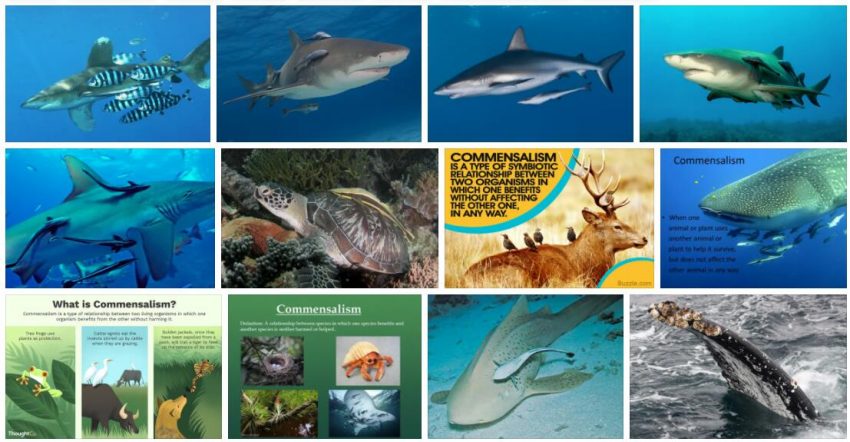 Commensalism is known as a type of interaction that occurs in biology, where one of the parties obtains some benefit and the other is not favored, but is not harmed either. The concept comes from the Latin expression com Mensa, which can be translated as “sharing a table”.

The original use of the term, therefore, is linked to the relationship that arises when scavengers chase game species to eat the leftovers they leave behind. The first group, in short, takes advantage of the surplus resources of the second population.

A clear example of commensalism based on this meaning and explanation is that established between lions and vultures that inhabit a specific area. Thus, what the aforementioned carrion birds do is feed on the remains of the bodies of animals that are killed and eaten by the aforementioned felines.

However, when talking about this type of relationship between animal species, it is common to put as an example the one established between sharks and remoras. The latter are fish that have a suction cup on their upper extremity and it is the one that they take advantage of to adhere to the bodies of the sharks themselves that do not notice their presence at all. In this way, these remoras feed on the remains of their food.

According to DigoPaul, another type of commensalism is tenantism. This relationship involves one organism that is housed in another, such as the woodpecker that pierces trees for shelter.

Another of the most common examples of tenancy is the one that occurs in the burrows of field mice. Some spaces where, in addition to these rodents, insects of different types also live that do so is to feed on the roots that grow there and the residues that remain from the food that the owners of these “homes” eat.

The phoresis, on the other hand, is the use of a second living being as a means of transport. An example of this type of commensalism occurs with fish hovering over a shark.

In the case of metabiosis (also known as tanotocresis), the link between both organisms is indirect, since one uses something of the other but only after the death of the organism in question, such as the hermit crab that uses the snail shell for protection.

It should be noted that there are other biological interactions beyond commensalism. In this sense, we can speak of parasitism (with an organism that increases its ability to reproduce from the detriment of the reproductive ability of another) or mutualism (a link where both species increase their biological ability).

In the same way, we also have to make a special mention of what is known as amensalism. In this case, the relationship that occurs between two living beings is disproportionate since one of them is harmed in this interaction while the other is not affected at all. This would be the case, for example, of those trees that prevent sunlight from reaching the herbs that grow next to them.

Finally, symbiosis is a special kind of mutualism, with a close and extended relationship between organisms of different species. 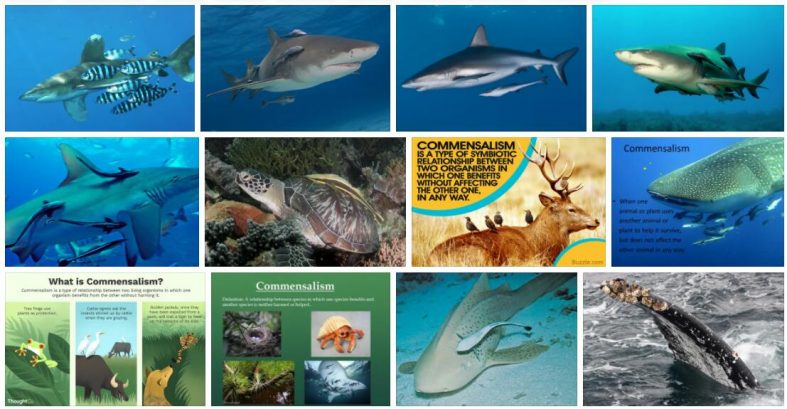